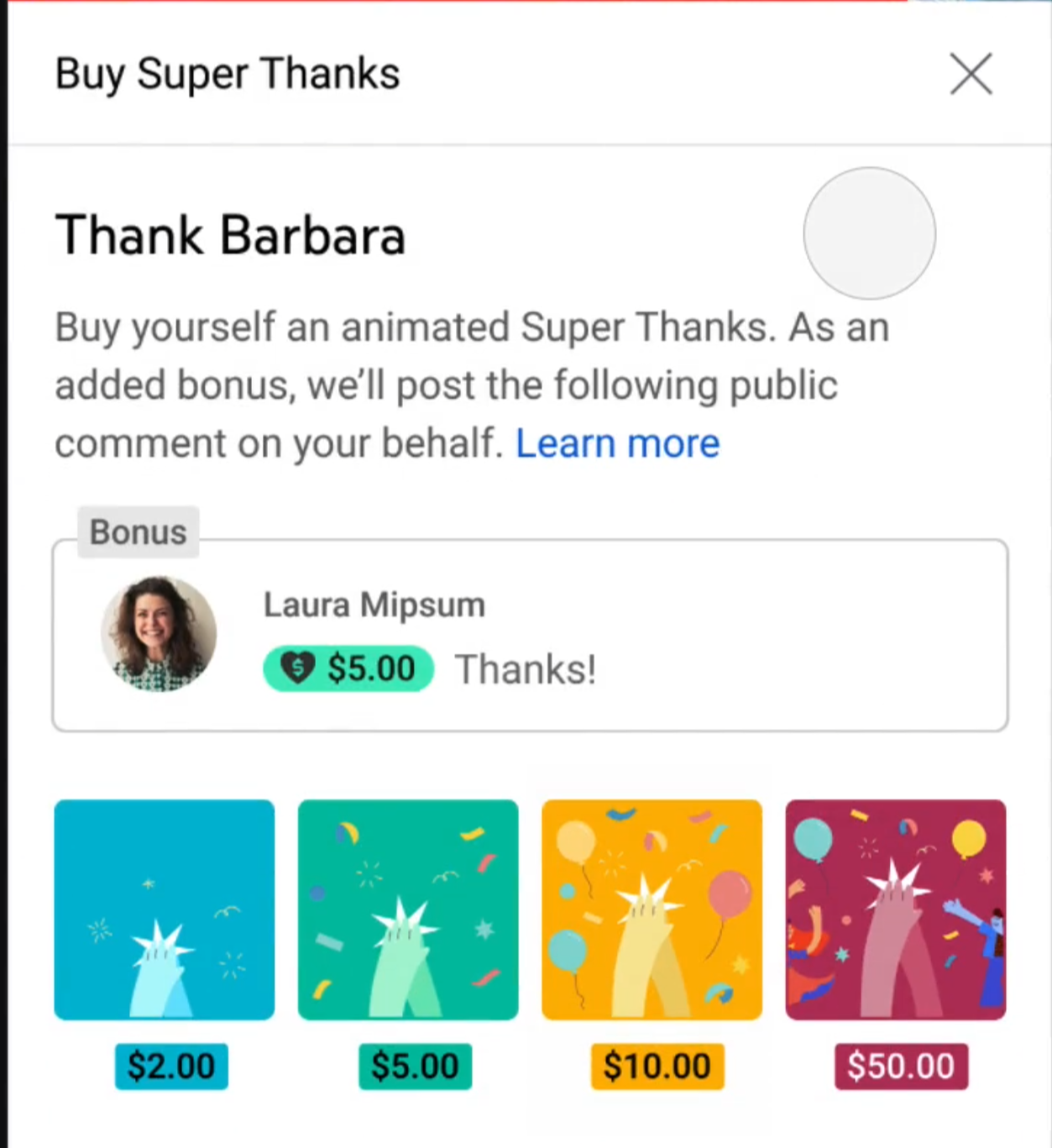 YouTube has announced via their official blog that they are rolling out a new monetization feature in the “Supers” family: Super Thanks.

Super Thanks is a new name for the previous Applause feature – which has been in limited beta testing for a small handful of channels for a while now – and will be rolling out to everyone in the Partner Program over time (I still don’t have access yet).

This allows viewers to send tips in set amounts of money to creators on a non-live video and still receive a cool badge next to their comment, animations that play on-screen, etc.

This will be a huge move once rolled out, as YouTube has remained behind the expectations in terms of creator monetization, and every step YouTube can take to remove roadblocks from viewers supporting creators makes everyone’s lives easier on the platform.

At this point, it seems like it would make sense to re-name “Channel Memberships” to “Super Subscribers” to keep them all rolled under the same branding, as well.

Windows 11 Announced – Here’s what you need to know!